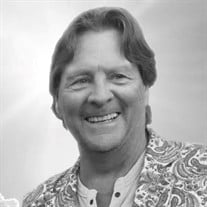 SHELBY: Steven Ray Francis, 69, died Sunday, October 17, 2021 surrounded by his family, at home. Formerly of Scottsdale, AZ and St. Croix, VI, Steve was a native of Cleveland County, the son of Iris Falls Francis of Shelby and the late Robert Ray Francis. He was a devoted father to his children, a proud granddaddy to his grandchildren and a loving son and brother to his mother and siblings. He was an avid golfer and enjoyed his many friends all over the world. He labored and built an amazing home in St. Croix that he enjoyed with his family and friends. He was a man who had great intelligence, a sense of humor that created lots of laughter, likeability that seemed obvious, fairness that was respected, family and friends that adored him, skills that he got from his father that would surprise many, logic that was fascinating, southern boy charm, and most of all a beautiful heart that knows Jesus. In addition to his father, he was preceded in death by his brother in law, Greg Moore. In addition to his mother, he is survived by his daughters, Stephanie Barnholt and husband Scott of Brooklyn, NY and Madeline Storm and husband Todd of Phoenix, AZ; son, Bradley Ray Francis and wife Courtney of Orlando, FL; brother, Paul Francis and wife Johnanna of Shelby; sister, Helen Moore of Monroe; grandchildren, Ada Barnholt, Saylor and Summer Storm and Nova Rae Francis; and his former wife, Nora Francis. A memorial service will be held 3:00PM, Sunday, October 24, 2021 at Clay-Barnette Funeral Home Chapel, with the Rev. Eddie Price officiating. The family will receive friends one hour prior to the service, at the funeral home. Memorials may be made to: https://www.cancerresearch.org/join-the-cause/donate/one-time-donation FUNERAL HOME: Arrangements are entrusted to Clay-Barnette Funeral Home & Aquamation Center

The family of Steven Francis created this Life Tributes page to make it easy to share your memories.

Send flowers to the Francis family.