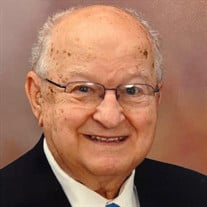 SHELBY: Roy Martin Swofford, 93, went to be with his Lord, Sunday, March 20, 2022 at White Oak Manor in Shelby. Born in Rutherford County, he was the son of the late Robert and Mary Ethel Greene Swofford. Roy grew up in White Bear, MN, the youngest of nine children, and later served four years in the Navy. He returned to Kings Mountain in 1948 and married the love of his life, Ruth Crawford Swofford on Feb. 15, 1953. He worked at Fasco, Cleveland County Community Action, and later retired from Kemet. Roy was active in church, leadership roles, his community, and had a huge interest in children having an opportunity. He was active in Emmaus, United Methodist Men, Cub Scouts (Round Table Commissioner), a Boy Scout Leader, a Lay Leader and a Camp Loy White manager for 10 years. He had a love of gardening and spending time with his family. He was a generous man and a member of Aldersgate United Methodist Church. In addition to his parents, he was preceded in death by seven brothers and sisters. He is survived by his loving wife, Ruth; children, Dale Swofford of Kings Mountain, Phyllis Glover and husband Jimmy of Shelby, Pam Hamrick and husband Virgil of Shelby and Donald Swofford and wife Angie of Bolivia, NC; brother, Howard Swofford of Hickory; grandchildren, Christopher Swofford, Benjamin Swofford, Ashley Wilson and husband Andy, Amanda Randall and husband Alex, William Skinner and wife Amanda, Dena Haverland and husband Bob, Hollie Swofford, Josh Wilson and wife Brittany, and Breanna Moore; great-grandchildren, Tanner, Charley, Everleigh, Blakeleigh, Jeremiah, Brooke, Aaliya, Katelyn, Brandon, Lauren and Kayla; numerous nieces and nephews; former daughter-in-law, Karen Swofford; the family at White Oak Manor who meant so much to him; and family friend, Anita Barrett. Funeral services will be held 11:00AM, Thursday, March 24, 2022 at Clay-Barnette Funeral Home Chapel, with the Rev. Randy Blanton and Rev. Artie Hubbard officiating. The family will receive friends 9:30-11:00AM, prior to the service, at the funeral home. Burial will follow in Cleveland Memorial Park with military honors. Memorials may be made to Aldersgate U.M.C or Hospice of Cleveland County. FUNERAL HOME: Arrangements are entrusted to Clay-Barnette Funeral Home & Aquamation Center

SHELBY: Roy Martin Swofford, 93, went to be with his Lord, Sunday, March 20, 2022 at White Oak Manor in Shelby. Born in Rutherford County, he was the son of the late Robert and Mary Ethel Greene Swofford. Roy grew up in White Bear, MN, the... View Obituary & Service Information

The family of Roy Swofford created this Life Tributes page to make it easy to share your memories.

Send flowers to the Swofford family.