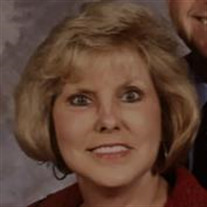 Jerry Talmadge Beaver and Nancy Borders Beaver were united in marriage on October 29, 1966. They were blessed to join hands once again as they met their Lord and Savior with open arms on Tuesday, February 1, 2022. As Shelby natives, Jerry was born on June 7, 1942 and Nancy on April 26, 1948. They were preceded in death by their son, Christopher Eugene Beaver; parents, Everette Vernon Beaver, Lillian Short Beaver, George Dixon Borders and Ruth Arrowood Borders; siblings, Danny Beaver, Larry Beaver, Kenneth Borders, Jack Borders, Doyle Borders and Linda Borders Warren; brother-in-laws, Don Melton and Gerald Hamlet; and great nephew Jessie Watson. Jerry and Nancy are survived by their son, Larry Michael Beaver and wife Laura Jones Beaver; grandchildren, Kirstin Kaila Kale and husband Zachary Kyle Kale, Kennedy Faith Beaver, and Brayden Michael Beaver; great grandson, Damon Asher Kale; siblings, Ricky Borders and wife Lisa, Judy Beaver Hamlet, Kathy Beaver McCraw and husband Brian, and Geraldine Beaver Melton; sister-in-laws, Teresa Borders, Linda Borders and Hilda Borders; and numerous other nieces and nephews. Jerry served in the United States Navy and then earned a degree in Textile Management. He spent most of his years in the textile industry as a supervisor in the card room at Doran Textiles in Shelby, NC. Jerry finished his career in maintenance at TNS Mills in Gaffney, SC. He took pride in his work, held high expectations, but found it most rewarding to build relationships with his co-workers. Nancy spent several years working in the textile industry before earning a license in cosmetology. She then worked as a hairdresser for the remainder of her career. Nancy loved her work and spending time sharing stories of life and words of advice to her endless list of clients that she truly considered dear friends. As parents of two boys, Jerry and Nancy were often seen in the stands cheering them on as they played more baseball games than you could count. Nancy was even known for letting more than just one umpire have it if she disagreed with their calls. From Sunday afternoon softball games with all the cousins at the park and yearly summer vacations in Cherry Grove…to long nights waiting up for the boys to make it home on motorcycles or in fast cars, Jerry and Nancy deeply loved their sons. Jerry also loved teaching his boys how to play baseball, racing hotrods, joking with friends, and spending time with his family. As time passed, he found great joy in gardening and caring for others. Jerry would do anything to help someone in need. He baked them goodies, taxied friends to appointments, babysat grandbabies, and most importantly, cared for Nancy for over 21 years as she struggled with various health issues. On the other hand, Nancy loved suntanning, talking on the phone for hours on end, Christmas shopping, baking desserts, supporting church events, and especially cleaning anything and everything. For over 21 years, Nancy fought to overcome numerous health obstacles. Through it all, she displayed unwavering courage and determination to make the most of each day. She worked tirelessly to keep a spotless house, thoroughly enjoyed cooking for others, provided care to countless loved ones in need, and doted on her grandbabies. Jerry and Nancy had a marriage like most. There were good times and even ones they’d probably rather forget. They were rarely apart and would both stand their ground during disagreements. However, there was one thing they never disagreed on - the grandbabies were the highlight of their lives and filled their hearts with the greatest joy. They spent many weekends piled up on the floor playing with toy animals, Barbies, Legos, and more. Their homemade cherry ice cream, huge breakfast spreads, and drawers full of candy bars and bubble gum always made each visit with them a special treat. Jerry and Nancy were known by many to be so kind, loving, and thoughtful of others. They were also tough as nails and known to be a little stubborn at times too! From their softest touch to their unbelievable strength…we are most blessed to have been loved and cared for by both of them. “...Don’t make me leave you, for I want to go wherever you go and to live wherever you live; your people shall be my people, and your God shall be my God; I want to die where you die and be buried there…” Ruth 1:16-17

Jerry Talmadge Beaver and Nancy Borders Beaver were united in marriage on October 29, 1966. They were blessed to join hands once again as they met their Lord and Savior with open arms on Tuesday, February 1, 2022. As Shelby natives, Jerry was... View Obituary & Service Information

The family of Nancy Beaver created this Life Tributes page to make it easy to share your memories.

Jerry Talmadge Beaver and Nancy Borders Beaver were united in...

Send flowers to the Beaver family.